DeTOP is a research project funded under the Horizon 2020 EU Framework Programme for Research and Innovation, coordinated by Christian Cipriani at the Scuola Superiore Sant’Anna, Pisa, Italy.

DeTOP addresses the scientific, technological and clinical problem of recovery of hand function after amputation. It aims to develop and clinically implement robotic, sensing and long-term interfacing technologies for the next-generation transradial prosthesis. Core of the system is the osseointegrated human-machine gateway (OHMG), a bone-anchoring technique developed at the University of Gothenburg, able to create bidirectional links between the human and the robotic prosthesis (see picture above). Key objective of DeTOP is to translate, exploit and appraise already proven technology for transhumeral amputation to the most frequent case of transradial amputation.

Despite decades of research and development on artificial limbs and neural interfaces, amputees continue to use technology for powered prostheses developed over 40 years ago, namely myoelectric prostheses controlled via superficial electrodes. These devices do not purposely provide sensory feedback and are known for their poor functionality, controllability and sensory feedback, mainly due to the use of surface electrodes.

The consortium – in particular the University of Gothenburg – has pioneered the use of osseointegration as a long-term stable solution for the direct skeletal attachment of limb prostheses. This technology aside from providing an efficient mechanical coupling, which on its own has shown to improve prosthesis functionality and the patient’s quality of life, can also be used as a bidirectional communication interface between implanted electrodes and the prosthetic arm. This is today the most advanced and unique technique for bidirectional neuromuscular interfacing, suited for the upper limb amputees, which was proven functional in the long term.

The goal of the DeTOP project is to push the boundaries of this technology –made in Europe– to the next TRL and to make it clinically available to the largest population of upper limb amputees, namely transradial amputees. This objective will be targeted by developing a novel prosthetic hand with improved functionality, smart mechatronic devices for safe implantable technology, and by studying and assessing paradigms for natural control (action) and sensory feedback (perception) of the prosthesis through the implant. The novel technologies and findings will be assessed by three selected patients, implanted in a clinical center.

DeTOP bridges several currently disjointed scientific fields and is therefore critically dependent on the collaboration of engineers, neuroscientists and clinicians.

Look at the Brochure of the DeTOP project. 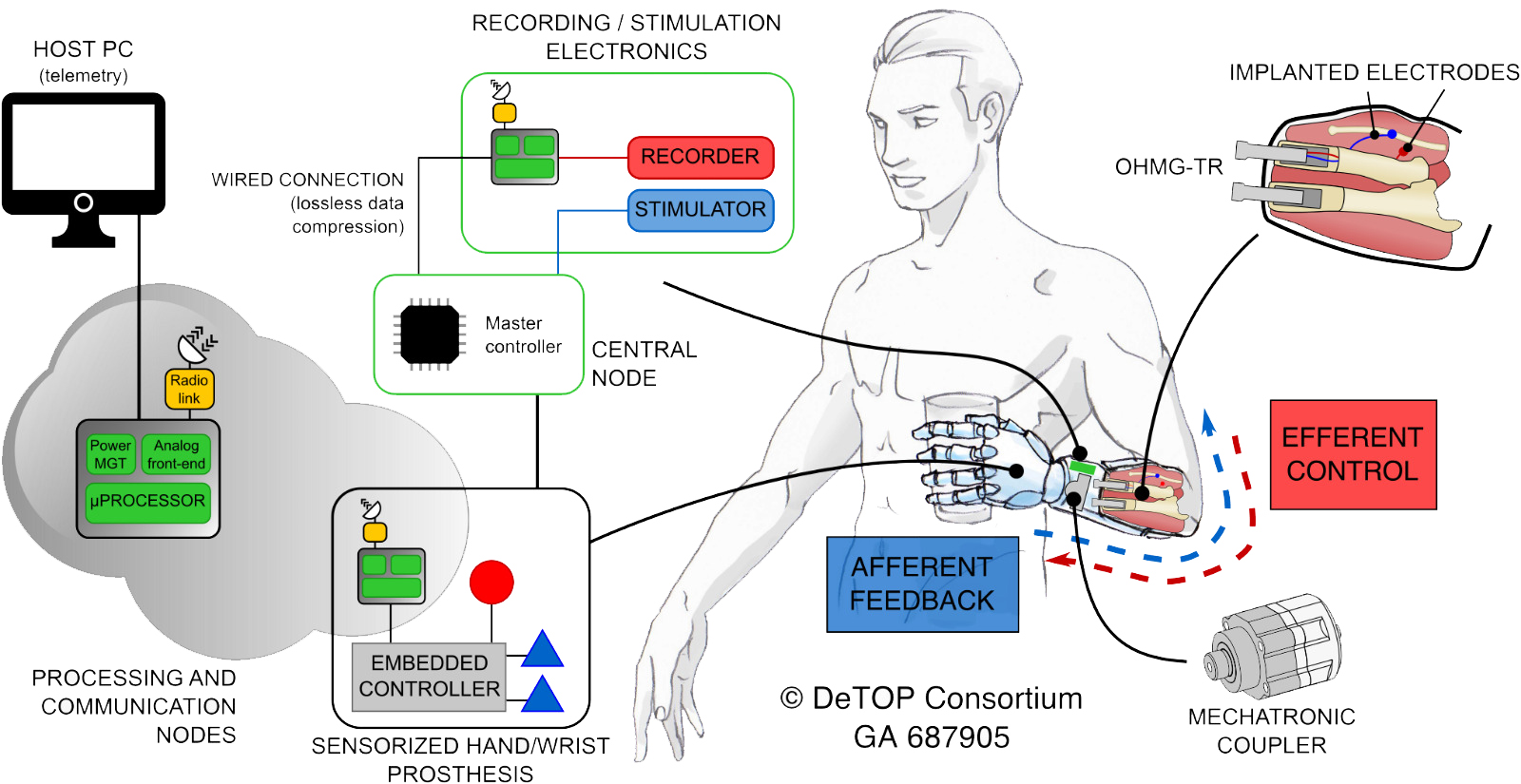 This project is coordinated by the Scuola Superiore Sant’Anna and is supported by the European Commission under the Horizon 2020 framework programme for Research and Innovation (LEIT-ICT-24-2015, GA #687905)